Using old world blacksmithing techniques for modern day applications we create metal art that is beautiful, functional and one-of-a-kind. The Blacksmith shop was originally opened in 1975 by Jack Straw and was both a retail space and a traditional blacksmithing shop in Pioneer Square. In 1989 Michael Linn purchased the Blacksmith Shop with a few other Blacksmiths and in 1993 he moved out of Pioneer Square to Bothell. I started working for Mike Linn in 2002 and in 2005 Mike and I formed a partnership working on projects together while I learned more of the business side of blacksmithing. December of 2007 Mike decided to retire and sold The Blacksmith Shop to me, Tabasco Mills. I have been Blacksmithing since 2001 and worked with Michael Linn since 2002. I moved the shop from Bothell to Seattle in January of 2008. The shop creates one of a kind pieces as well as a wide range of product which is available for retail and wholesale. 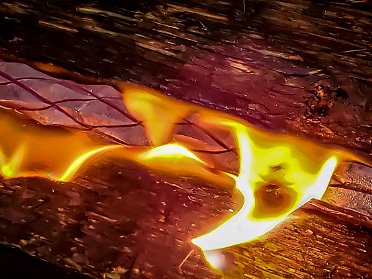 This Portfolio shows functional and traditional art made over the course of the last 20 years.